RRP What is Your Game Missing, Now?

The tennis world has been rocked to its core. The shattering technical parameter to hit the game ensures tennis will never be the same — nor its players or coaches. History has been made. And now the sequel to its initial release has arrived with the sister Grand Slams and the cumulative player analyses with the elite tennis player advantage — unveiled.

The anticipated sequel to What is Your Game Missing? released earlier this year is now accompanied by an in depth analysis of the French Open and Wimbledon comparative analyses in alignment with the Australian Open performances to showcase what distinctly is lacking in a player’s game throughout a season and to debunk the myth that a surface dictates a player’s results — no longer the case.

The anticipated sequel has arrived with a thump to dispel the long-thought myth of surface correlation with player results. An evolution of elite performance has been tracked down to initial athlete uptake and their inception into the game whilst beginning the discussion on phasing out injury in youth sports adoption from micro communities to macro scale affects synonymous with the movements of our time. A systematic scientific analysis of the prequel is followed to disseminate the technical properties of the best players in the world on the WTA and ATP tours over the course of back-to-back Grand Slams parallel with seasonal results, ranking maintenance and its disassociation of surface texture — clay and grass.

A transition is brought forward with a sandwiched blueprint of denoted regressions and progressions and the genome debunked to delivering the ‘top three’. Introducing a new take around the ‘top three’ and a correlation between players and coaches is revealed— noteworthy for newcomers. Those who dare cross the threshold and break the barrier need be deafening in their quest to become one of a potential three over the course of a season — another first unveiled. Seldom do these numbers change as The V by Dr B © is upheld and contributes towards player performance-sustainability and success. 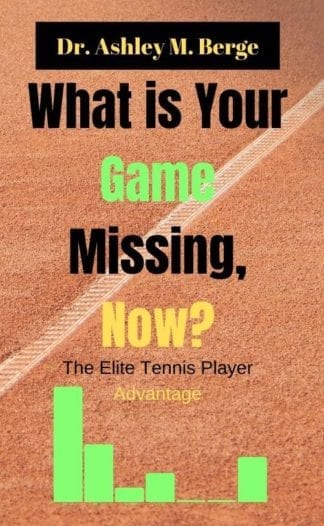