From the unthinkable to the unstoppable. From the brink of collapse to the unfathomable heights of success. It’s imaginable. It’s been made possible. And now Dr B is with you every step of the way.

A world leader to a world instigator. A systematic designer to an acclaimed author. A programmatic brilliance to a results-centric data driven mind-map. Welcome the centrepiece of tennis’ change. Introducing the astounding mind that embodies the technical-whole of the athlete. It’s now time for a Woman’s Mind. A Doctor (PhD) to an Inventor. A Scientific Analyst/Researcher to a Founder. An Author to an International Coach to Mentor. Introducing our very own, Dr Ashley Morgan Berge > our Dr B.

At 18, Dr B became a Personal Trainer / Sports & Strength Conditioning Coach. Dr B was also a full-time athlete, training for 8 hours a day.

At 19, Dr B was a sponsored Elite Athlete. Dr B also commenced University and maintained her full-time training.

At 20, Dr B became a Level 1 Coach, then went on to become one of Australia’s youngest ever Level 2 Coaches permitted to go back-to-back. Just before Dr B turned 21, she received a scholarship to play and train at one of America’s leading Academies, in Texas.

Leave them in their wake. Your chance is now.

Excellence collects excellence. Brilliance collects brilliance. And now a place where determined minds learn to thrive. Receive exclusive access to Dr B’s Topicthread Group as a Weekly or Monthly Subscriber. An informal Collection of players embarking on their journey to the Top 10 with Weekly Q & A’s made available & much more! Only here. Not available on any social network or other medium. Exclusive access to Dr B starts as a Subscriber.

At 21, Dr B was coaching some of America’s top national players as a direct result of succumbing to another injury and whilst also playing and training when healthy. That same year Dr B received a full-scholarship to a National Collegiate Athletics Association (NCAA) DII private University that marked against the Harvard Grading Scale.

At 22, Dr B spent part of the summer touring through Europe with American national players. At this time Dr B had also started her Undergraduate degree and had received a Grade Point Average (GPA) of a 4.0 (the highest attainable) in both first and second semesters. This came with multiple Dean’s awards.

At 23, Dr B again spent part of the summer touring through Europe with American national players. Due to injury, she had to fly back to Australia and leave her scholarship behind. Dr B spent the majority of the year on crutches unable to walk. This was the year Dr B completed her Undergraduate degree and started to run. This was also the year Dr B had to choose between playing and coaching — she chose coaching.

At 24, Dr B commenced her Masters. Dr B spent the summer, again, touring through Europe with American national players. On return she was asked to be the Director of a tennis program and accepted, being one of the youngest coaches, nationally, to take on such a position. After running for less than a year Dr B managed to clock up 50 km days (not weeks). Just before she turned 25, Dr B managed her biggest week yet: 180 km’s in total.

At 25, Dr B registered her first business with her Dad and opted not to travel but to keep on top of her Masters (after receiving a GPA of 7.0: the highest attainable). Shortly after, her Dad passed away — just shy of Dr B’s graduation; four months later, her Grandpa passed away.

At 26, Dr B competed in her first Ultra race (100 km) but had a DNF (Did Not Finish) due to an ongoing hamstring injury. In the same year, Dr B became recognised as a Level 3 Coach (the highest attainable globally). Soon after, Dr B commenced her PhD — she still had questions to answer that her studies until then were unable to address.
Buy it Now 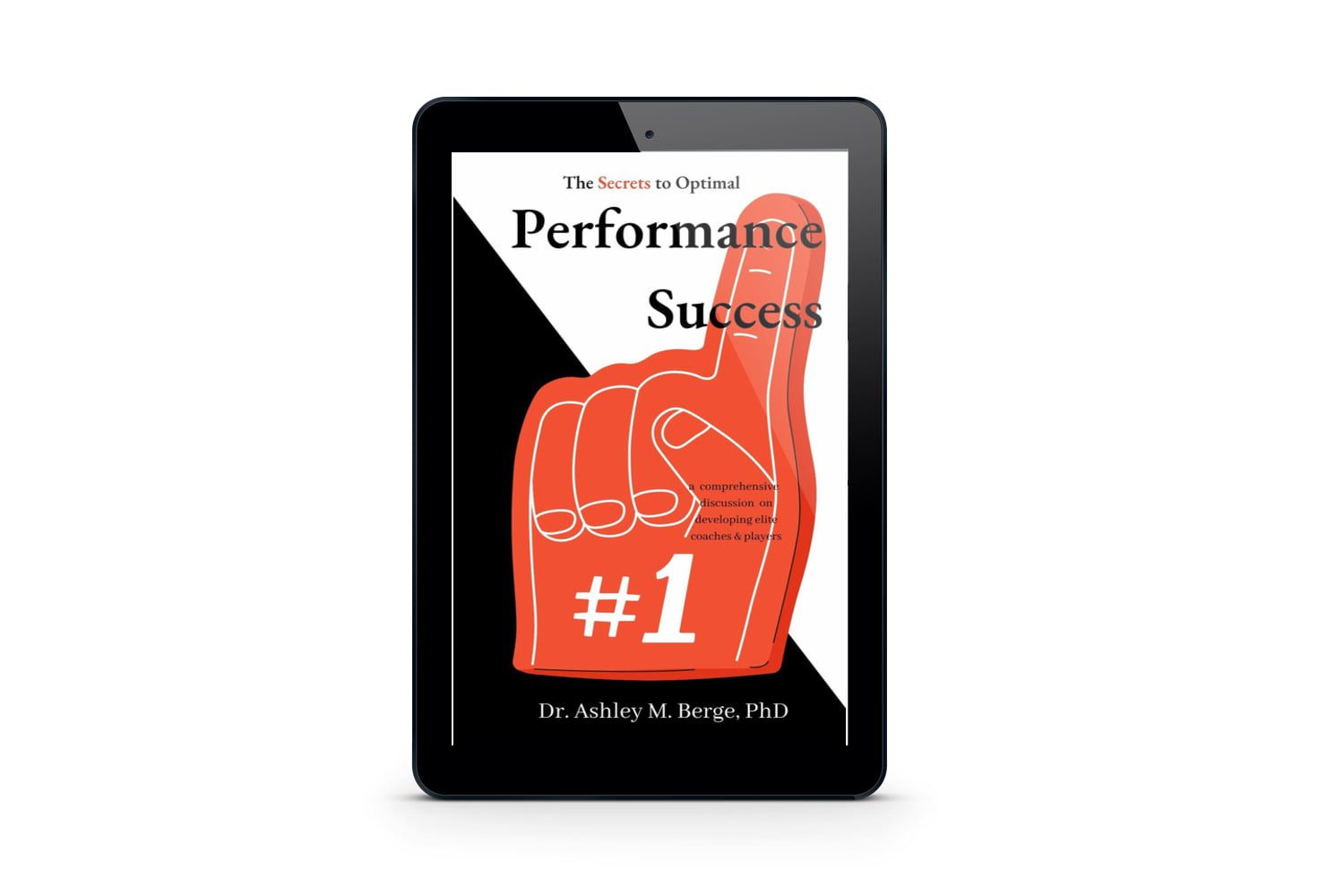 The Secrets to Optimal Performance Success
From AU$69.00 or less inside The Complete Collection 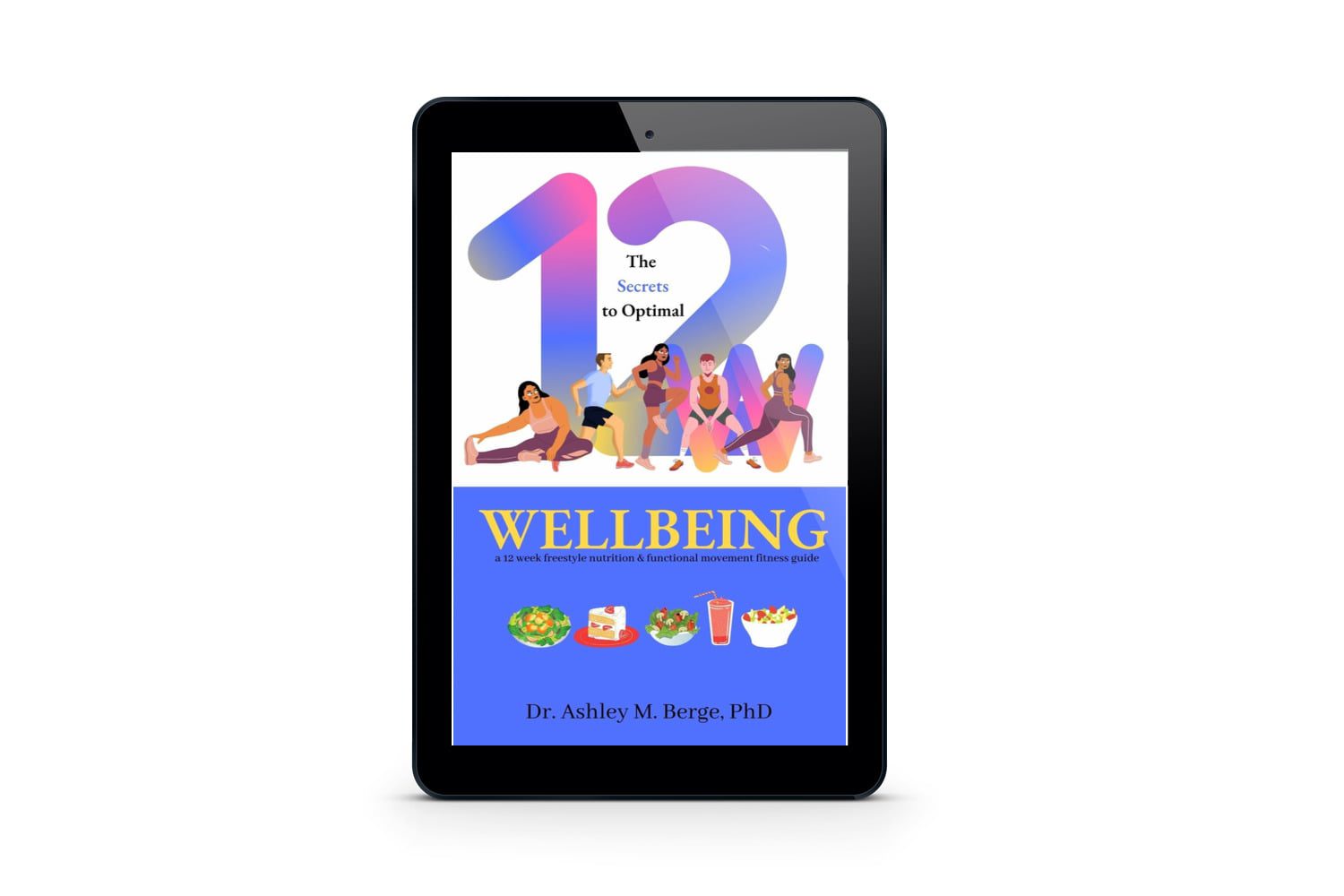 The Secrets to Optimal Wellbeing
From AU$69.00 or less inside The Complete Collection 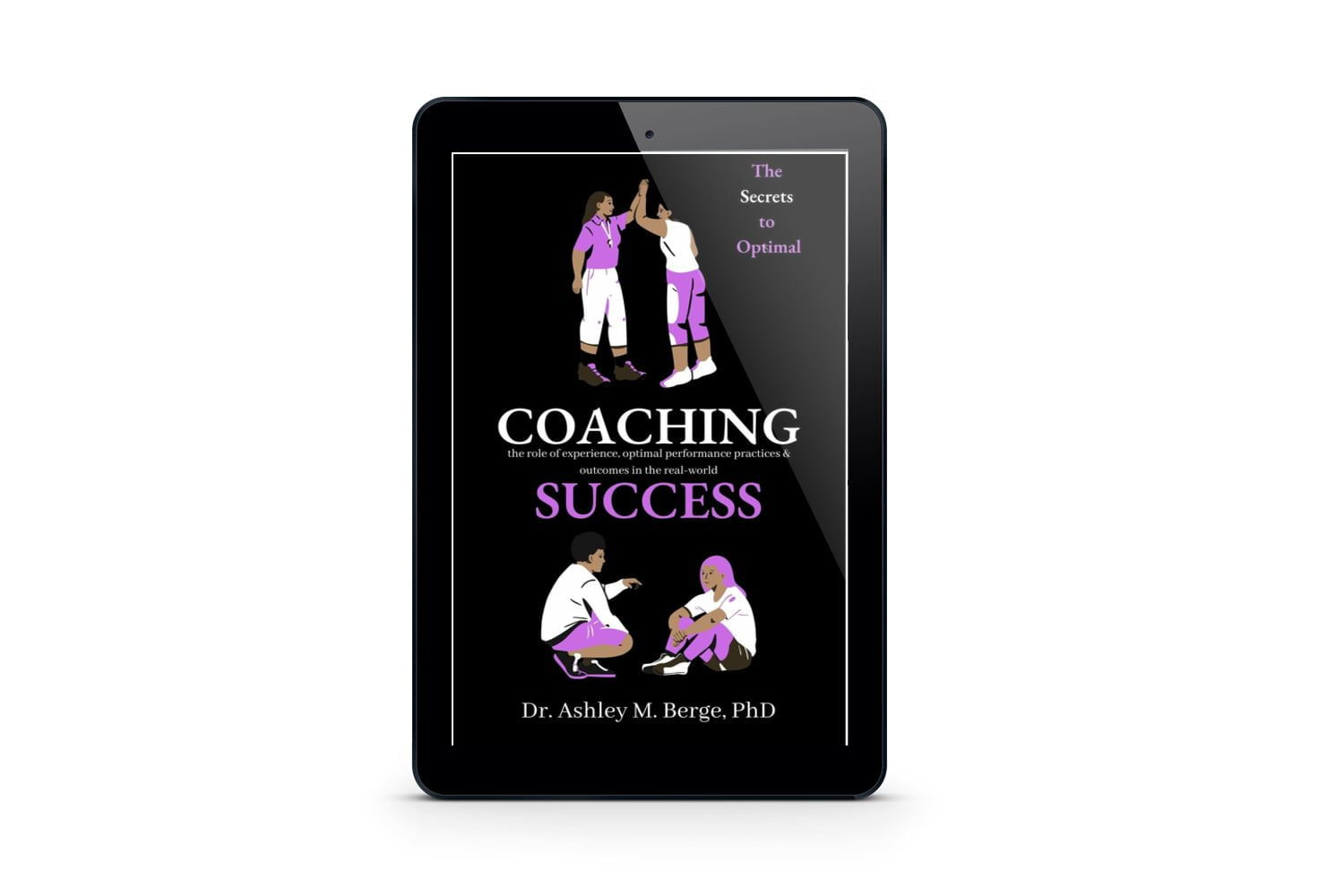 The Secrets to Optimal Coaching Success
From AU$69.00 or less inside The Complete Collection 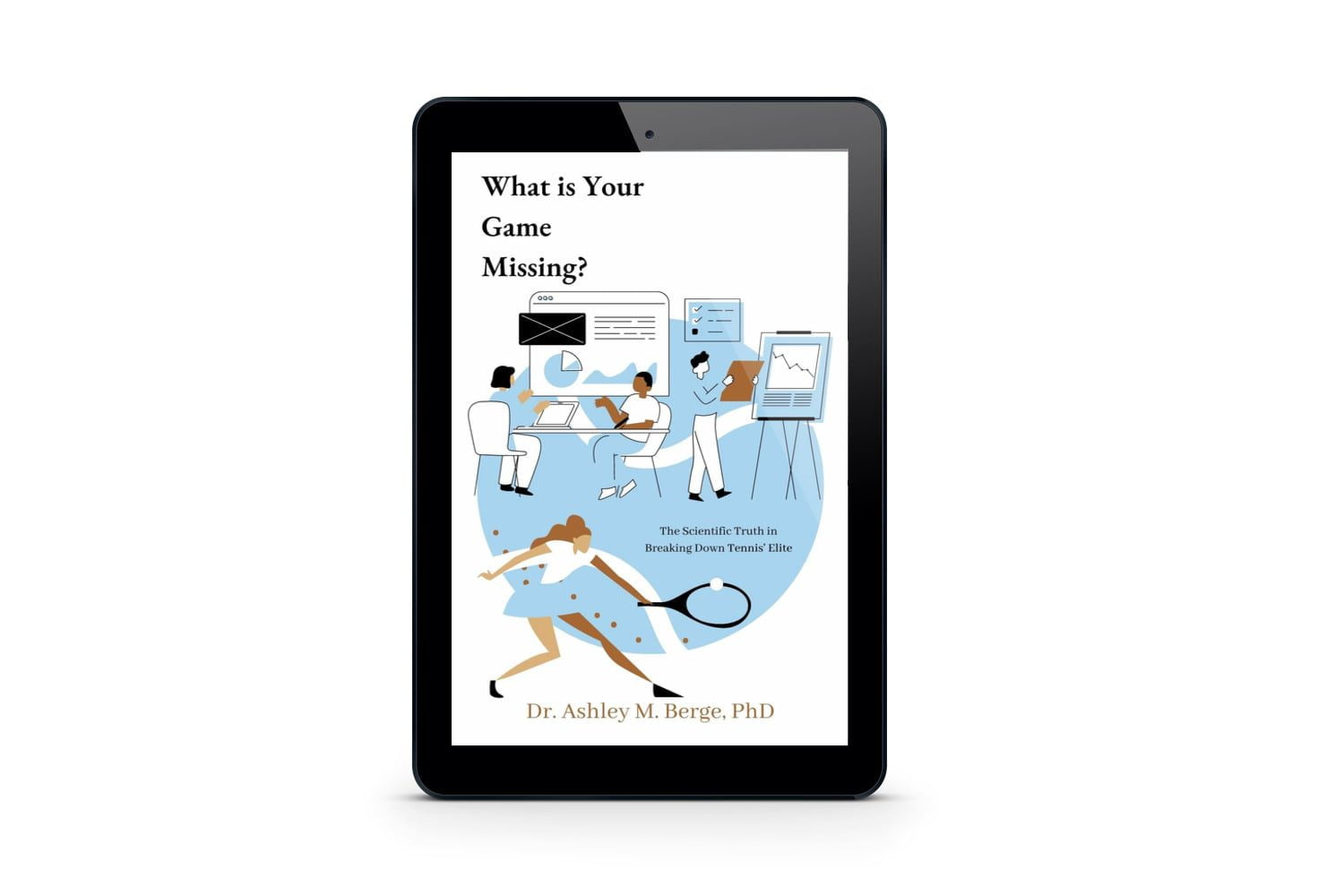 What is Your Game Missing?
From AU$79.00 or less inside The Complete Collection 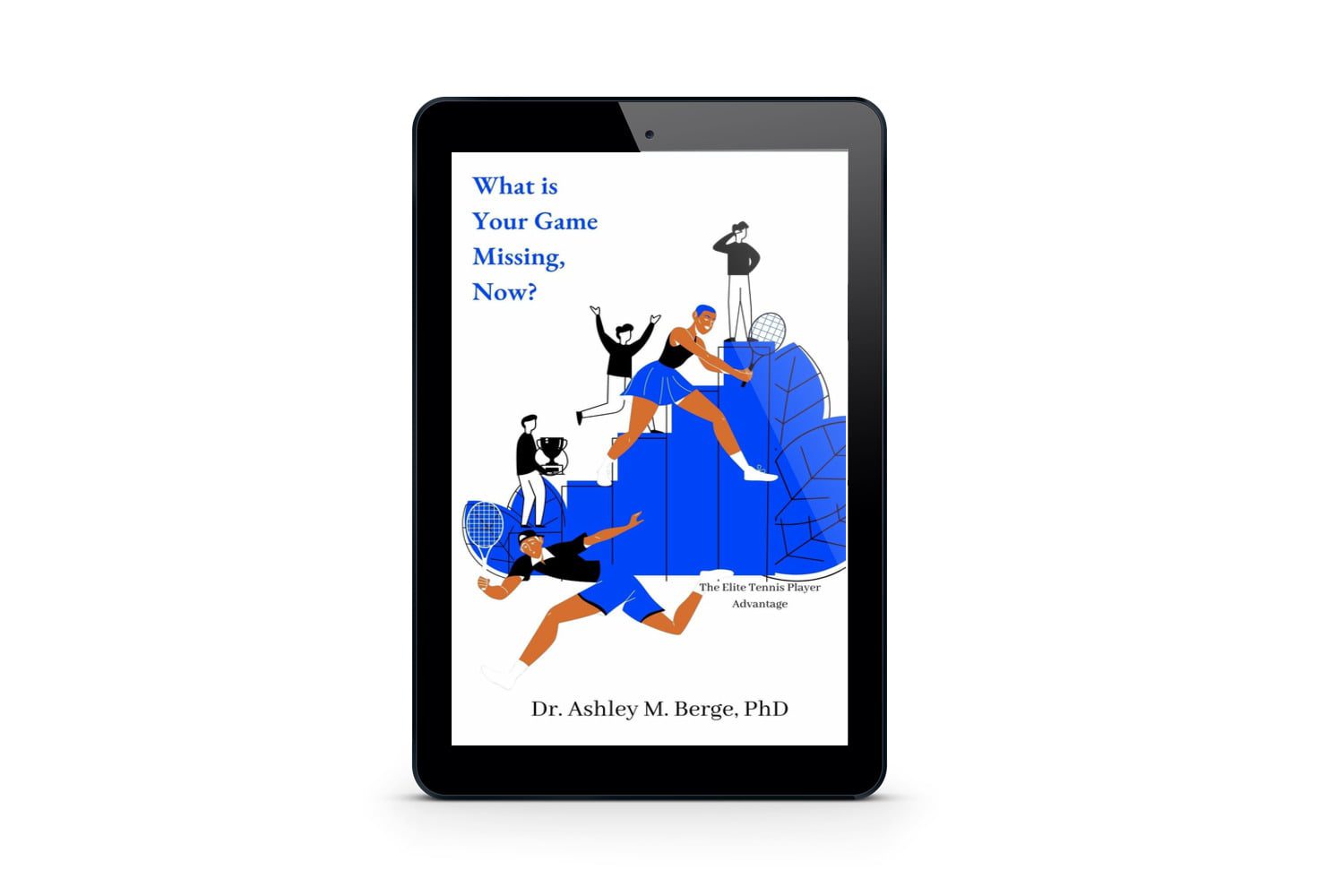 What is Your Game Missing, Now?
From AU$79.00 or less inside The Complete Collection 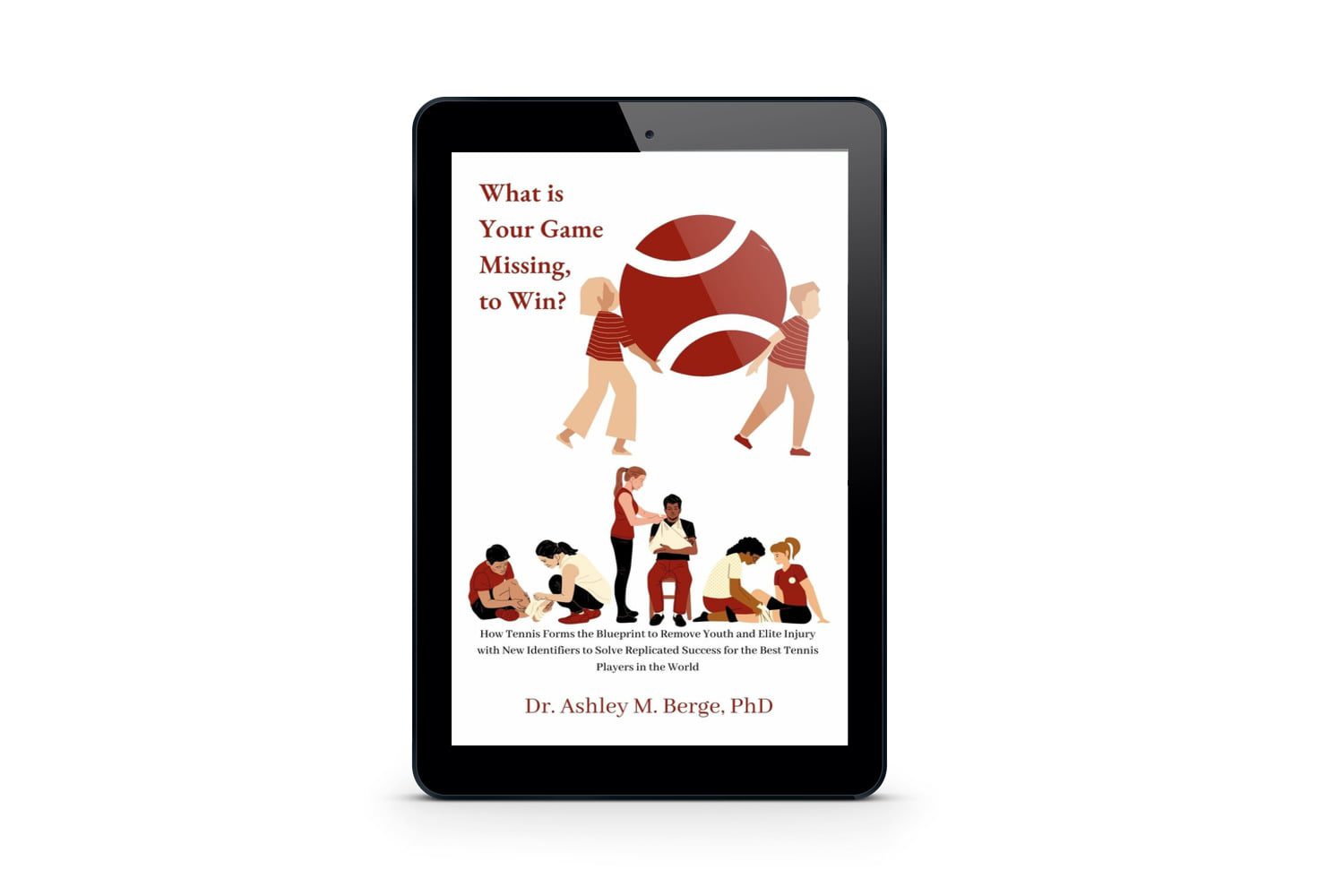 What is Your Game Missing, to Win?
From AU$79.00 or less inside The Complete Collection 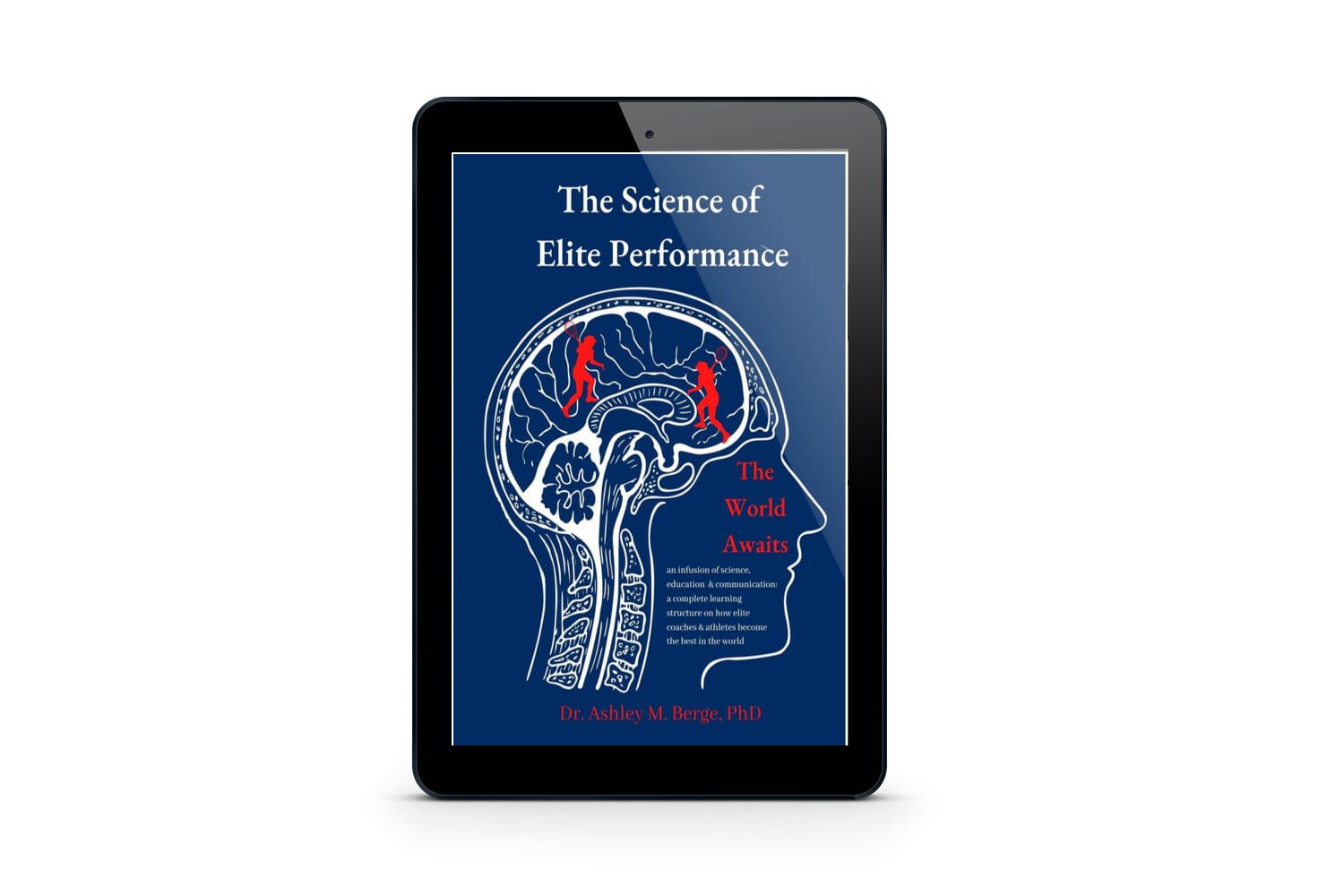 The Science of Elite Performance
From AU$349.00 external to The Complete Collection 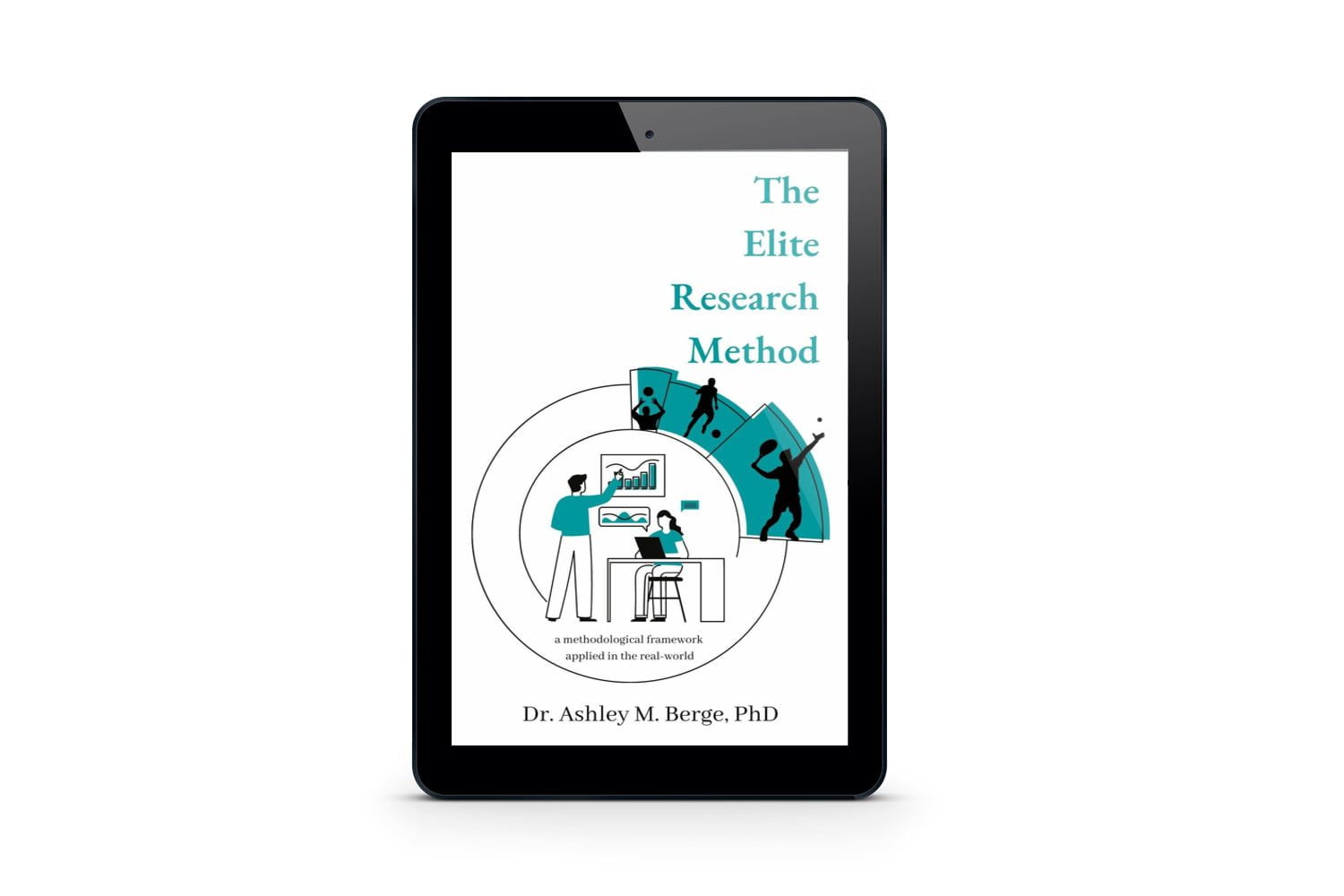 The Elite Research Method
From AU$79.00 external to The Complete Collection 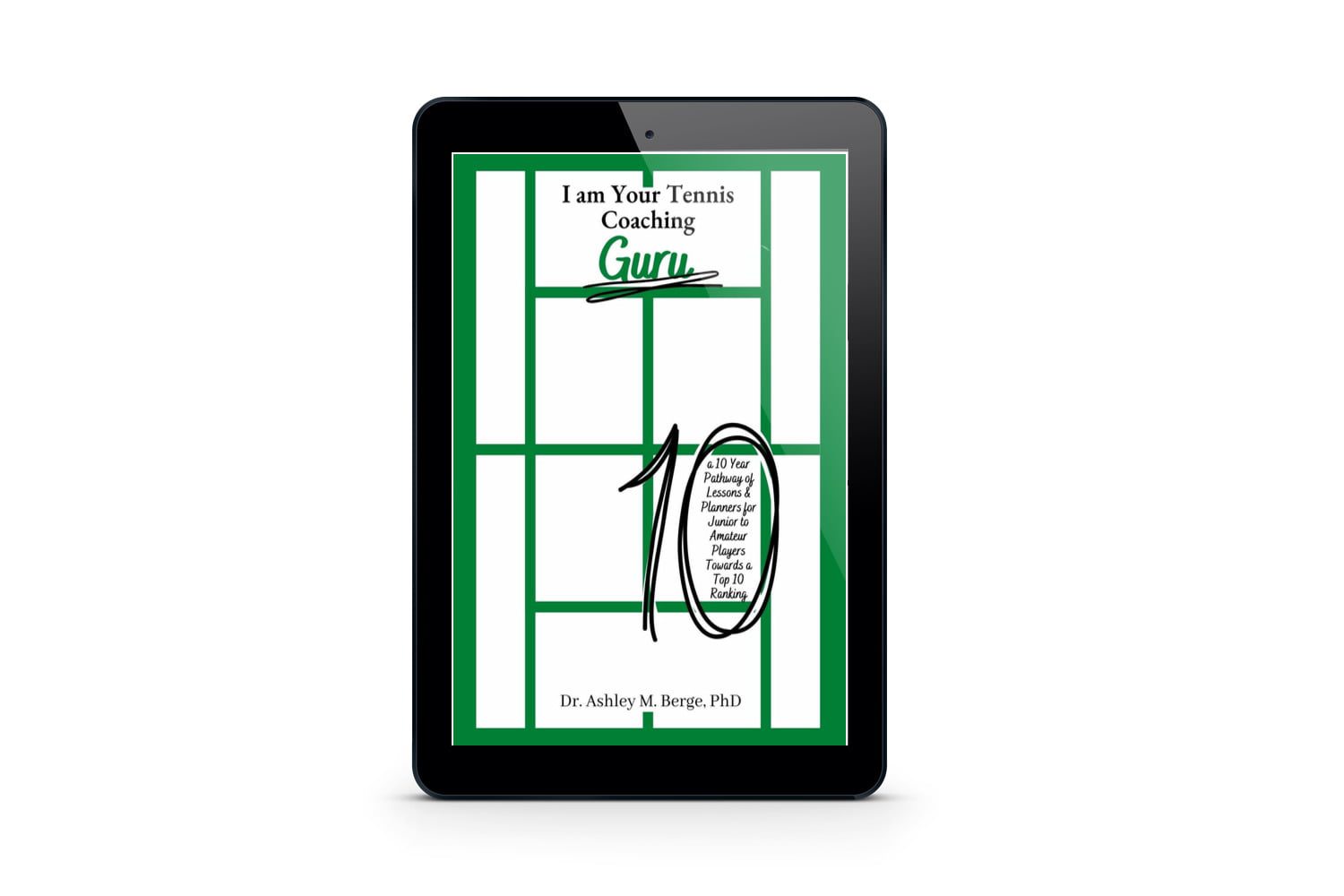 I am Your Tennis Coaching Guru
From AU$449.00 or less inside The Complete Collection 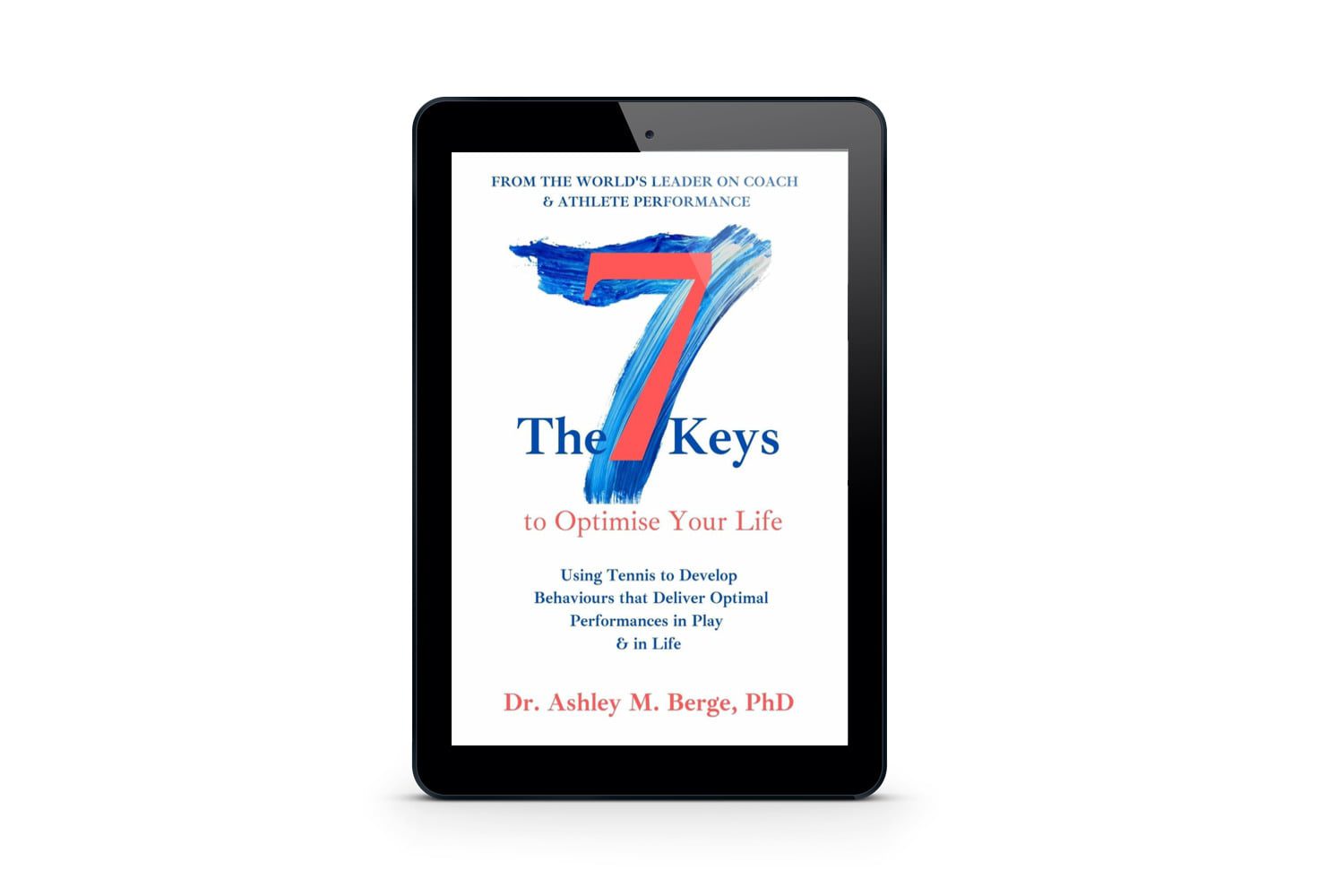 The 7 Keys
From AU$29.99 or less inside The Complete Collection

We’ve got Lions. We’ve got Tigers. We’ve got Cheetah’s to Kangaroo’s or Wallaby’s. All encompassed inside I am Your Tennis Coaching Guru and the blueprint towards a Top 10 ranking. The question remains, what’s your animal and where’s your pack? We’ll be waiting.

At 27, Dr B’s PhD was under full-swing – in not one, but between two Schools (a result of the depth of the work undertaken) and she was on track to complete her PhD in the minimum time frame. The same year Dr B was able to sponsor her first athlete.

A fortnight after turning 28, Dr B became unwell. Ultimately, she couldn’t run, walk, read, write, do simple tasks, let alone finish the home-stretch of her PhD without near-collapsing. Without going into detail, somehow Dr B did manage to finish her PhD and in the minimum time frame; with only four months leave taken. For an elaboration, The Secrets to Optimal Wellbeing shares more.

At 29, Dr B had PhD corrections to look after, although the entire year was all about getting her health back. That same year, Dr B competed in her first Ultra since becoming unwell — and she finished all 80 km’s of it, even though Dr B tore her tendon at the 20-25 km mark. It was about finishing and Dr B did. Mid-year, she had surgery that could have left her far-worse off (from Dr B’s ongoing health battle) and she is incredibly fortunate to still be here.

At 31, it was all about bringing this vision into fruition – and so the journey began of building a Social Compilation, Topicthread, that brought the world together, using the two disciplines of Dr B’s doctorate, Health and Education, with performance its overarching tone, as the vehicle to unify individuals across the world. And with that, ‘social’ was at its core – using the scientific model inside Dr B’s PhD. This saw Topicthread (topicthread.com) come to life.

At 32, The Secrets to Optimal Coaching Success was published, and slowly but surely, Topicthread was the World’s 1st Social Compilation – and the 1st interface with the architecture to deliver access to Health (Performance) and Education, in unison, universally. Meanwhile, quietly in the background Dr B had been working on The Elite Research Method, which was subsequently published later that year.

At 33, the first instalment of What is Your Game Missing? was released, although what followed was a bittersweet year. Dr B received a DNF, seven years after her first, in the pursuit of another 100km Ultramarathon she had trained all year to be a pacer for – calling it a day at the 50km mark with the onset of injury. As a result, delivering the second instalment of the series: What is Your Game Missing, Now? later the same year, was perhaps Dr B’s most mentally exhaustive book to date with a mixture of emotions endured throughout. Despite these temporary hurdles since overcome, it was this very book that landed the Number One spot on the top Tennis Books to read in 2020 – a milestone in itself.

At 34, with big shoes to fill, the Education release embedded inside Topicthread coincided with the publication of an eighth book and a third instalment of the same series: What is Your Game Missing, to Win? And that was the first half of the year. But this year was turned upside down for many – in various ways, especially inflicting its shortcomings on the health of millions around the world. This acted as an instigator for the second half of the year: to release a pathway that players, parents, coaches and athletes alike could follow from the safety of their own home – embrace, implement and become familiar with their next steps, no matter where they were based in the world, whilst keeping their health front and centre. 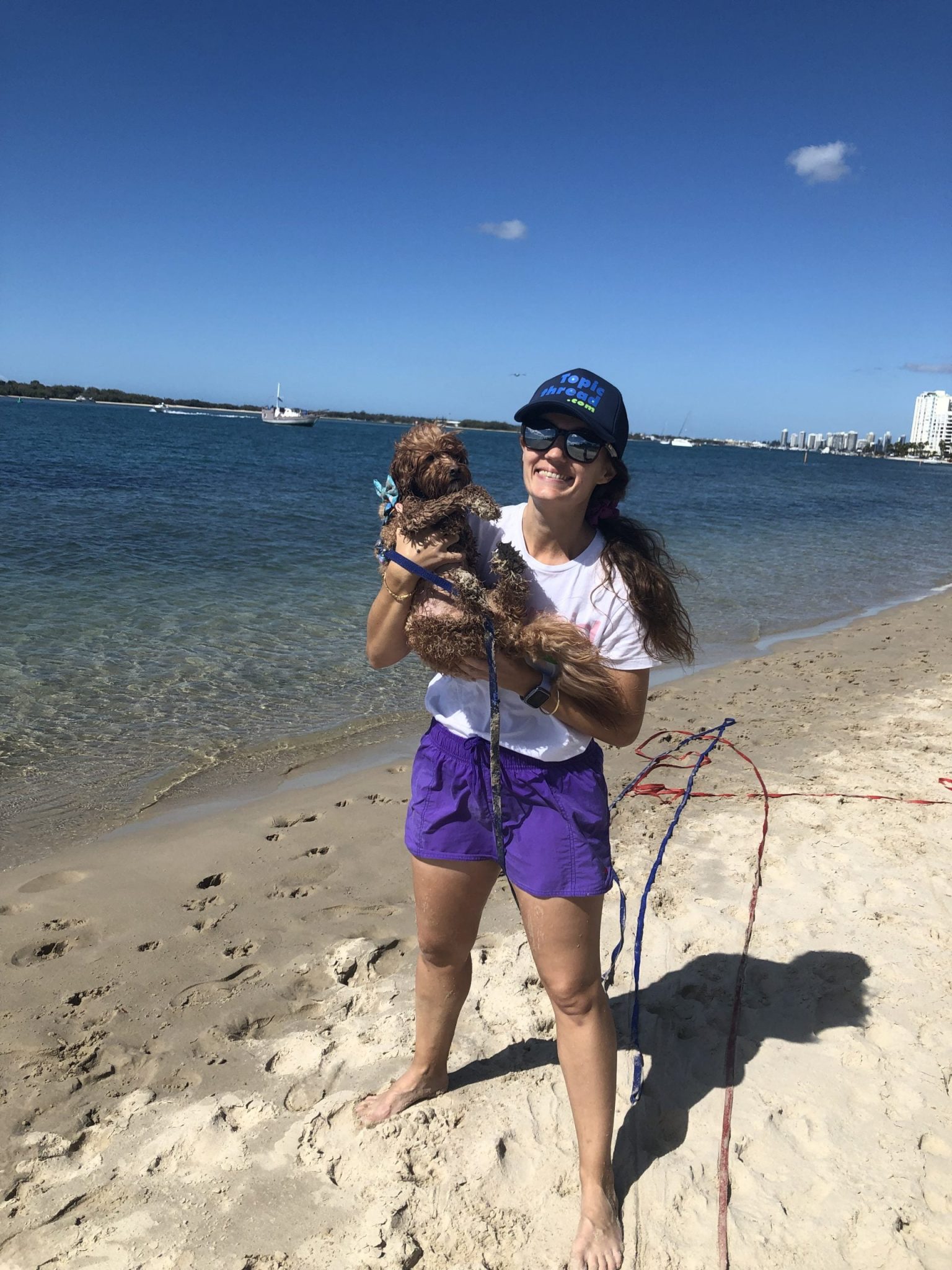 At 35, 2021 has been a catapult in a multitude of areas and a calm behind the now ten texts to date (pictured: Dr B with one of her dogs in her hometown on the Gold Coast). With three new texts in the making, the first has now officially been released! The 7 Keys to Optimise Your Life is now available to reshape to reengage your life into the one you truly choose (whilst the other two will arrive throughout 2022). Now with 10 complete texts to her name, Dr B just keeps on striving to help players to coaches and now individuals, lead their best lives, as tennis lays the foundations for establishing patterns that cultivate a lifetime of success!
Join the Pack

We’re ready. Are you?

Start your journey to the top today.